After Manchester: Media and politicians are moved by some terrorist attacks, not so much by others

I originally published this article on the Times of Israel where I frequently write. It appeared under the title "Manchester, Jerusalem and a double standard".

The entire sane world is united in its condemnation of the Manchester terror bombing. It has been particularly shocked by the targeting of children and teens, describing it as barbaric, cruel and horrific [here and here for instance]. Undoubtedly the only appropriate reaction.

But it is also puzzling.

Because it contrasts so starkly with the world's recent response to another terrorist who targeted children and teens and murdered. I refer to the Hamas mastermind of the Sbarro massacre on August 9, 2001, Ahlam Tamimi.

My daughter, Malki, among the fifteen murdered then, was, like so many of the Manchester victims, fifteen years old when she died.

What do you think these outraged news commentators and world leaders would say were the perpetrator of the Manchester attack freed, celebrated as a hero and given refuge by an ally of key Western powers?

Can you imagine them just blowing that off? Would they shrug their shoulders and yawn if that ally refused to extradite the terrorist to a state whose nationals were among the victims? Would they ho hum and stick to business-as-usual if that harboring ally had actually signed an extradition treaty with that state two decades ago?

Would they dare to welcome that terrorist protector as an honored guest and praise it as an enemy of terrorism?

Well, that is what has happened to the child murderer, Tamimi and to the state giving her refuge, the Hashemite Kingdom of Jordan.

On March 14, 2017, the US Department of Justice unsealed a 2013 criminal complaint charging Tamimi with conspiring to use a weapon of mass destruction against U. S. nationals outside the United States resulting in death. Two of Tamimi's victims were Americans. Malki was one of them.

The DOJ reported that it had requested Tamimi's extradition from Jordan at that time but that King Abdullah II and his regime had refused to comply despite the existence of an extradition treaty signed by the two countries in 1995.

Jordan's romance with Tamimi dates back to 2011 when it welcomed her back home after her release from Israeli prison in the now-infamous Shalit Deal.

Here is an Arabic media description of that event in October 2011:

Freed Jordanian captive Ahlam al-Tamimi arrived Tuesday night to a hero's welcome as hundreds of Palestinians and Jordanians waited for her arrival at Queen Alia Airport in Amman.As well as her family members, hundreds of Muslim Brotherhood activists and trade unionists as well as ordinary citizens gathered at Queen Alia Airport to welcome Tamimi. They raised Palestinian flags as well as Hamas banners and chanted in support of the resistance who achieved the exchange deal.Tamimi gave a short speech which was interrupted many times by applause and chants of support. [Al-Jazeerah, October 19, 2011]

Subsequently, she landed her own weekly TV talk show on the Hamas station, Al Quds. The program is beamed by satellite to viewers throughout the Arab world and is replete with brazen incitement to terror acts.

But Western media and leaders couldn't be less moved by this injustice if they tried. For them, Tamimi is somehow a different species of child killer than Manchester's Salman Abedi was. The travesty of justice she embodies doesn't warrant any airtime.

And Jordan's intimate relationship with its western allies has continued to thrive.  Its monarch, King Abdullah II, was an honored guest of the U.S. just a few weeks after the DOJ announced its indictment and demand for extradition.

Abdullah's embrace of Tamimi didn't impact President Trump in the slightest. He heralded the king as "a great warrior" who has been key in the fight against ISIS.

By now you may be asking, as I am, why the murder of Jewish children in Jerusalem is not deemed as horrific and intolerable as that of the children in Manchester.

I have one explanation for the double standard and it starts with an "A".

Email ThisBlogThis!Share to TwitterShare to FacebookShare to Pinterest
Labels: Manchester, Tamimi, Terrorists, What 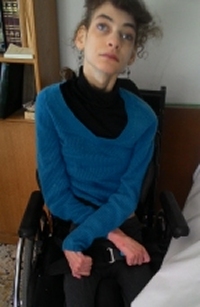